Well this weekend I tried to bend the crest rail do my back stool but things did not go great. 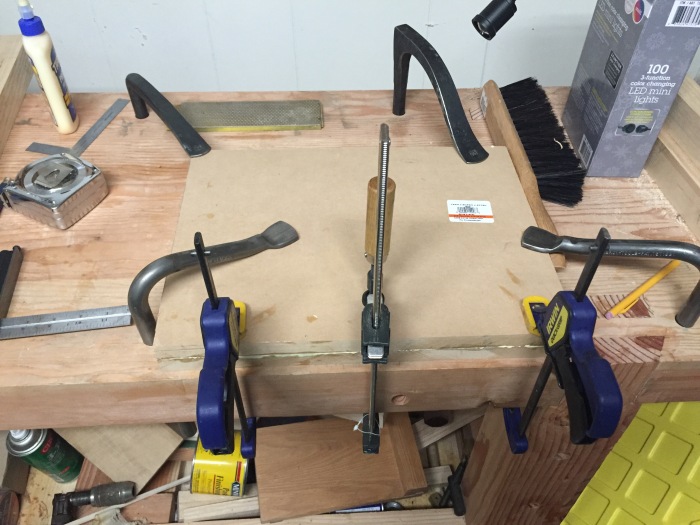 First the bending form needed to be built.  I glued up two pairs of boards and then cut them into curves which were then glued together.

I then used the oscillating spindle sander to smooth out the curves.  The piece of wood then went into a roasting pan for 75 min per the Anarchists Design book’s instructions.  When I placed the board into the form I had considerable difficulty  compressing the form and soon hard the sound of cracking.

I think there were several problems; the wood is likely driver than I intended as I had planned to steam bend months ago.  Secondly, the wood sank in the water so it was more of a boil than a steam (this euclyptus globulus is denser than water). Finally, the grain was not straight and the split was right where a grain line crossed the edge of the board.

Next weekend I will build an actual steam box and I’ll make sure the grain is straight.