I decided to glue up the top in two parts in order to make things easier.  On Sunday I got one half glued up.

Over lunch today I stopped by the hardware store and picked up a 3/4 inch spade bit which I used to bore out the end of the acme screw hub.  A bit of rough plane work and some 5 minute epoxy resulted in a usable hub and some scrap dowels became a handle.  Next time I get the spindle sander out I will clean up the hub and take off the white paint on the handle ends but otherwise it is complete. 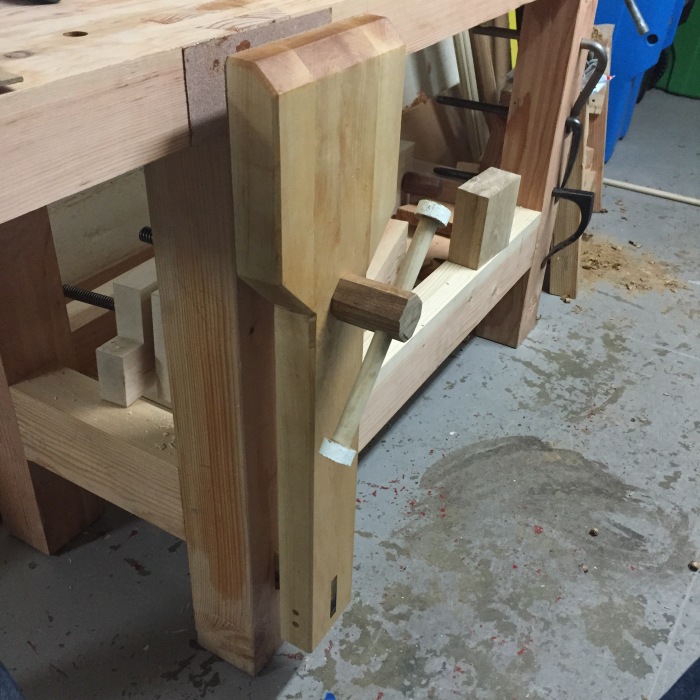 Other than the handle, the leg vise is complete and it’s usable as is.

The parallel guide for planed down to final thickness and fitted it into both through mortices.  Then two dowel holes were drilled through the chop with the parallel bar in place.  Then came two series of holes on one inch spaces, offset by a half inch between them.

Then the parallel bar was pinned in place and the end received wedges, both to fill the gaps and to make sure it was not going anywhere.

Split leather (from Amazon) was then glued to the chop face (and the end cise chop as well) with liquid hide glue and called it a night.

Sunday the acme nut was mortised into the back of the leg and an oil impregnated bushing was screwed to hold urban place. 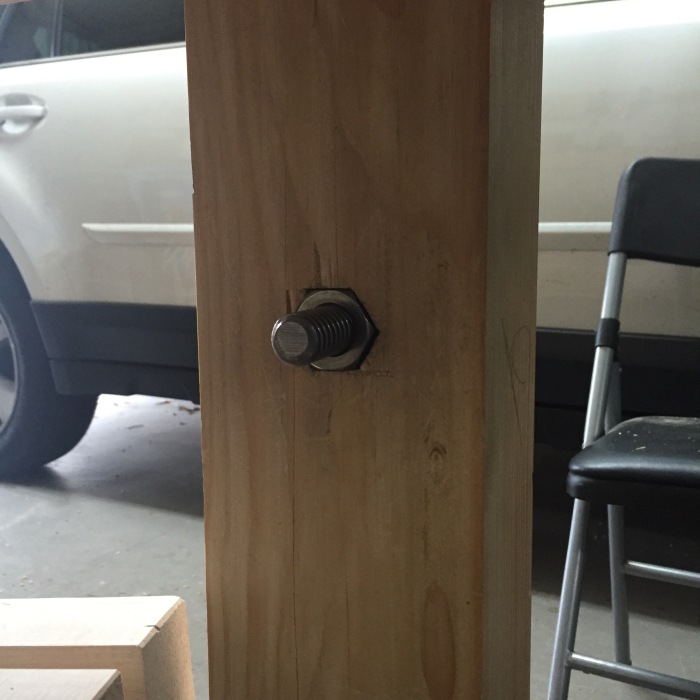 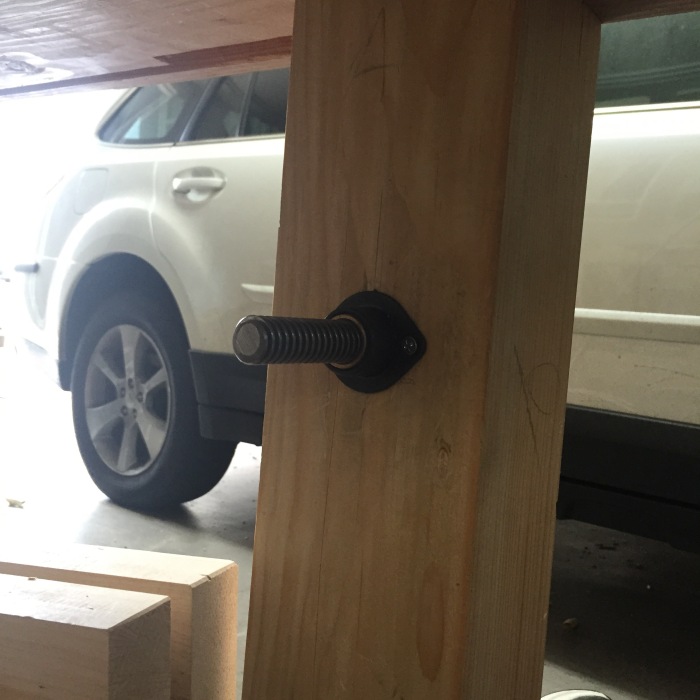 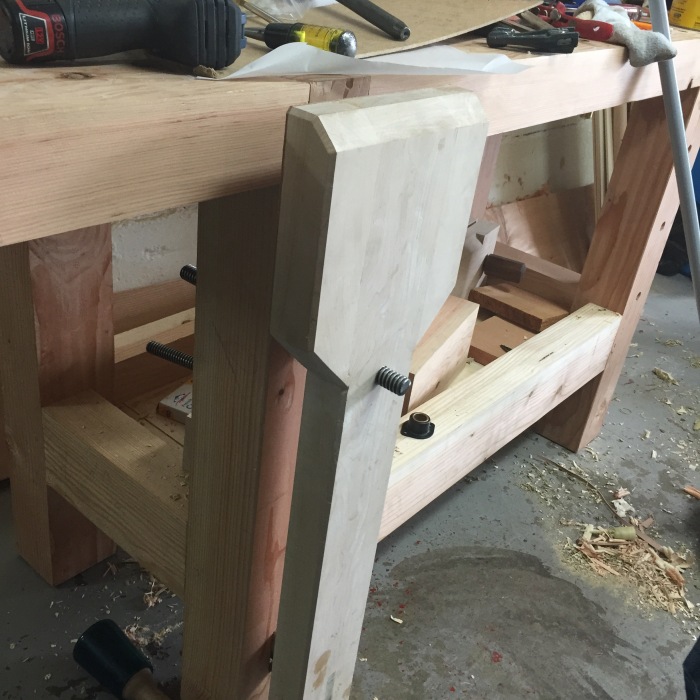 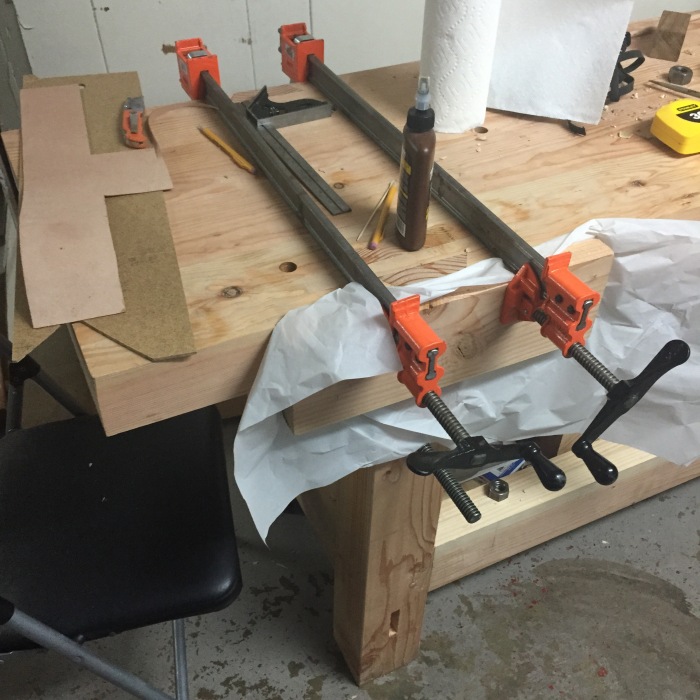 Some time with the card scraper and some boiled linseed oil and it’s functional.  Unfortunately the wooden handle I was planning to use did not work out.  I was planning to use the African Teak left over from the Moxon vise but when I tried to drill the hole for the acme threaded rod the screw on the auger bit stripped out of the end grain almost immediately and I don’t have a drill press so that will need to wait.  Luckily at the moment I can just use another nut and a wrench.