It’s been a long time since the dining table bench has received any love.  Work has been running me ragged and despite having 5 projects right now, all with deadlines, I took some time in the shop this weekend to finish up the joinery on one of the ends. 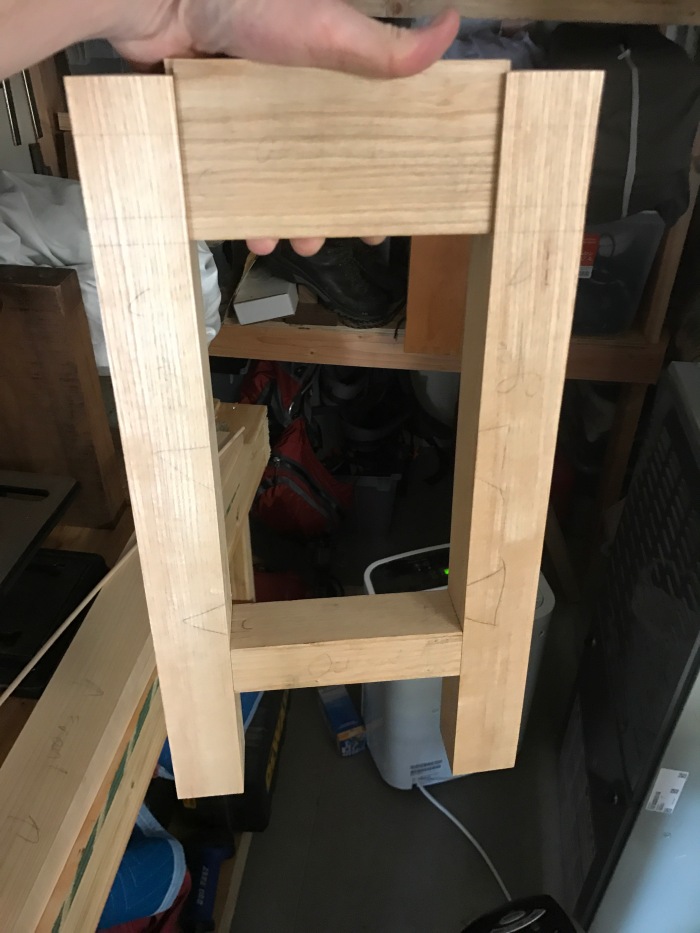 We have also been getting ready for the second son’s arrival and the door between our bedroom and the nursery has been sticking so my wife asked me to take care of it.  I grabbed my low angle block plane expecting a simple task but discovered the problem was a loose hinge.

Someone had used cardboard to shim both the door and frame sides of the hinge and had used corrugated cardboard.  All of the moisture from the torrential rains had resulted in the cardboard collapsing and a loose hinge.  Well off came the door and down to the garage it went. 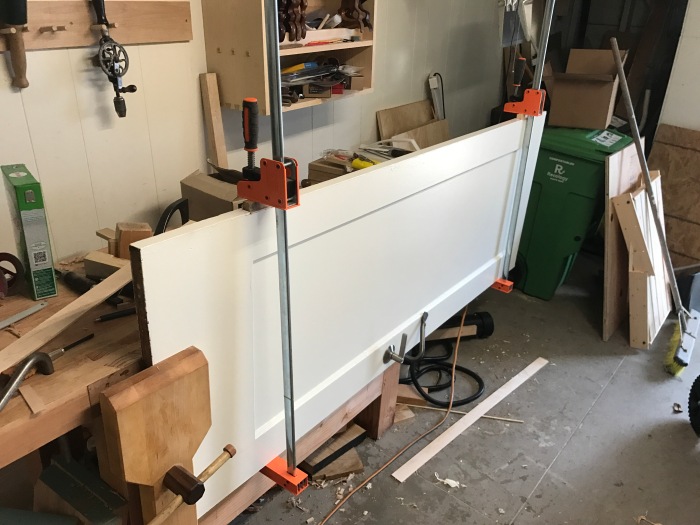 I cut some shins from some thin maple strips I had laying around and used a router plane to flatten the hinge mortise and bring the hinge plate flush to the door edge.